Write the first review
BL5000K
Cane Creek
Related Products
In Stock Online
Usually ships in 24 hours
Add to Cart
Save In List
This item earns up to 43 VIP Reward Points Learn More
Check Store Availability
The Cane Creek Ergo Tandem Stoker Dummy Levers were designed for tandem bike applications because sometimest the captain needs to navigate while the passenger mans the cannons. These dummy levers do nothing but act as a lever because they are made for the caboose of the two-rider bicycle. Bike-war or not, these dummy levers make sense to put on a tandem. Around 1898, Mikael Pedersen developed a two-rider tandem version of his Pedersen bicycle, as well as a four-rider, "quad" version. These sweet rides were used in the Second Anglo-Boer War. Pedersen's two-rider bike creation is one of the earliest records of the tandem. 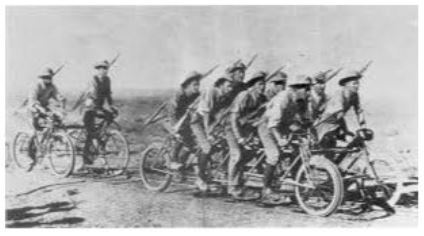