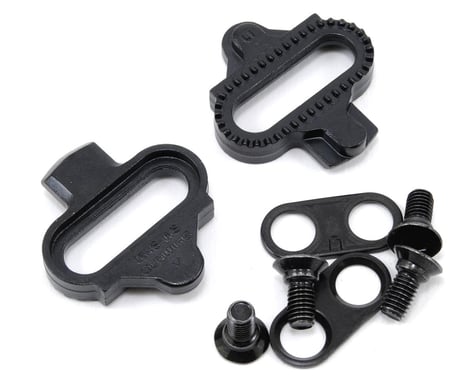 Replacement cleats for all Shimano SPD clipless pedals, intended for performance off-road and pavement riding. These release with a lateral twist and are less likely to release with upward stroke or pull. They feature 4 degrees of float for free movement and less joint stress. Casual riders may prefer SM-SH56 multi-release cleats which are easier to unclip.

This product was added to our catalog on January 22, 2015