Any terrain, any distance.

Covering new ground, overcoming adversity, and just enjoying the freedom of two wheels are some of the things we love about bikes, so it is essential for us to flex the exploration muscle every once in a while. When we decided to put this series together, we knew it would be impossible to cover all aspects of bike adventures, so we chose a title we thought cast a wide shadow: Bike Packing

In the current zeitgeist, the term bikepacking has become a bit of a catch-all for everything related to camping with your bike, but there have been, and still are, many iterations of bikepacking. 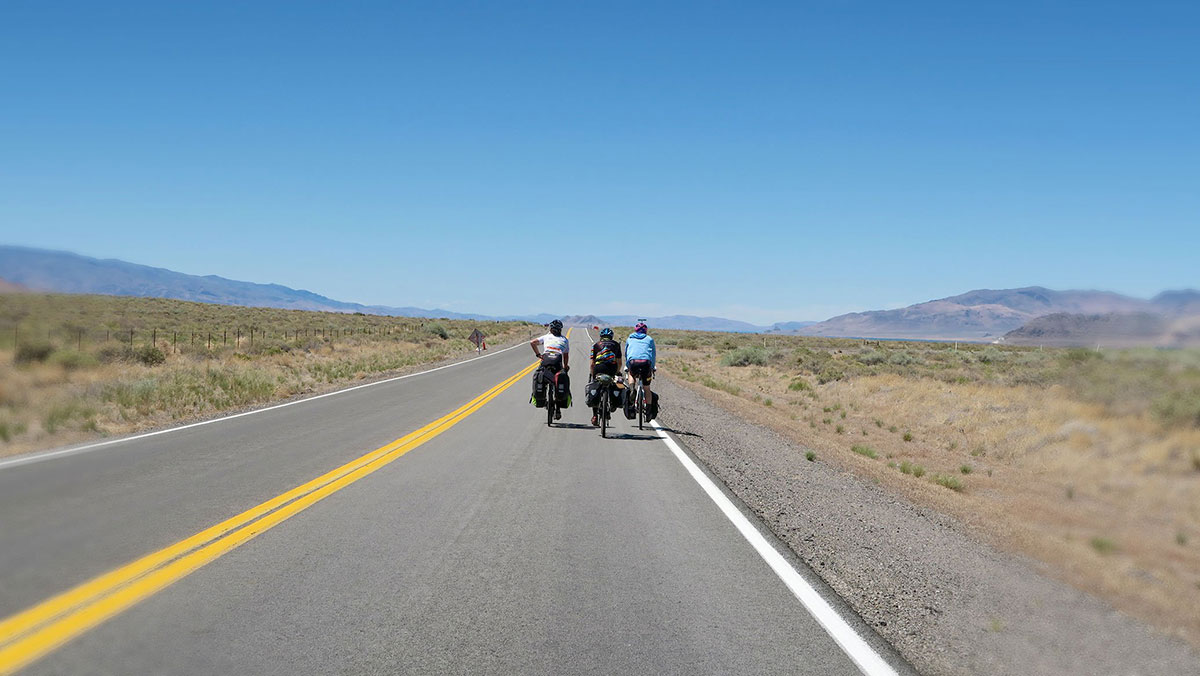 Touring, a term that has been used to describe overnight adventures since the time bicycles were invented, is a little less common in today’s popular cycling culture, but is still very much ingrained into the sport and essential when understanding the history of bike camping.

One major difference between bikepacking and touring, especially within the past few years, is equipment. While most touring is done on the road, bikepacking has a gravel and backcountry emphasis. The ability to take bikepacking trips on singletrack and narrow fire roads prevents the use of most racks and panniers — two means of carry that are very common when touring. Bikepacking is generally also done with less equipment on board and focuses on minimalism, while most traditional tours are longer and require more gear. This isn’t a rule by any means — people are going on backcountry bikepacking trips that are hundreds of miles long, but due to the emphasis on riding trails instead of on tarmac, space becomes a bit more limited.

With that said, touring can be done with a few more luxuries than bikepacking, just because of the volume of storage panniers and larger racks afford the rider. You might bring along a more sophisticated cooking system, bigger water reservoirs, or a just a few more creature comforts that wouldn’t make the cut when loading up a minimalist bikepacking system. “Luxuries” may be a stretch, because regardless of the length of the trip, there are limits to how packed a bike can get, but it certainly helps to have extra space for some Sour Patch Kids or your favorite Bluetooth speaker.

One more discipline we need to mention, just out of sheer respect, is randonneuring. Lesser known but equally exciting of an adventure, randonneuring, or audax, is an endurance bike ride based on hitting specific checkpoints over a long distance, usually 200km or more, with shorter stops and an emphasis on finishing within a specific amount of time. A randonneuring event is normally known as a brevet. Much of the bikepacking and touring equipment you see these days is perfect for a long brevet, from clothing and bags to hydration and repair. While randonneuring may not always include sleeping or full camp setups, the ethos remains the same—get out of your comfort zone, have an adventure, and enjoy yourself doing it.

Is there anything you can’t live without on a long tour or bikecamping trip? Have you done any serious randonneuring? If so, drop us a comment! We’d love to hear about your adventures and your thoughts on endurance cycling in general. You can also reach us on social media @performancebike