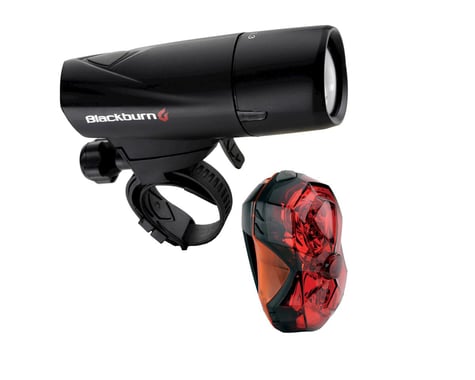 Discontinued Online
Write the first review
Check Store Availability
This item is discontinued and no longer available for purchase. You may want to search our site for a similar item.
Note: Manufacturer does not allow coupons
Throw out a blast of light on your commute home. The Blackburn Voyager 3.3 and Mars 3.0 Light combo is one of the best light packages out there. The Blackburn Voyager 3.3 is a compact front light with 3 high-powered white LED's, 17 lumen output and 2 modes to keep you safe and visible on the road. The Mars 3 rear light features 5 super-bright red LED's and 2 amber side LED's for maximum visibility on dark roads.